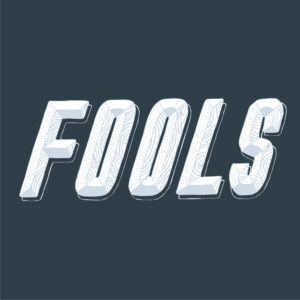 If you’ve lived a little, you’ve probably been called a fool at one time or another. Perhaps it was deserved – maybe it wasn’t. But, what does that really mean, anyway? When examined closely, the descriptor “fool” is a tricky beast. Because (like many things) it’s a fluid label. It’s subjective, depending on your perspective and set of beliefs.

So in honor of the first day of the month, April Fools Day, we’re diving into the theme of Fools all month long. Stay tuned as we explore what the word means to us and why it’s something worth celebrating!