As a creative, I periodically receive emails on visual trends from one source or another. The most recent in my inbox was from Pantone. It was a summary of the color trends seen on the Spring 2018 runway. When I get these emails, I always speculate on what might have prompted these common color choices to surface from competitive businesses. Are they the colors of a trending resort destination, a popular ingredient (yuzu?) or simply a pendulum swing from whatever preceded them?

So having been assigned ‘FEAR’ as a blog topic and as we head towards the Halloween season, also the peak season for horror films, I’m going to do a little synopsis of horror/thriller film trends and a brief prediction of the terrors we may see unfold on the big screen next year. 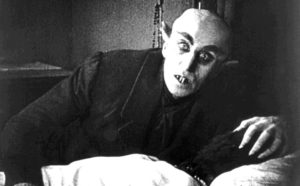 1896 ushered in the horror film as a genre with the short “The House of the Devil.” This era was heavily dominated by ‘monster humans’: “Frankenstein”, “Jekyll and Hyde”, “Nosferatu”, “Hunchback of Notre Dame”, “Phantom of the Opera”, “Golem”. Given that the medium was in its infancy, fear that could be accomplished through known tricks of the stage (makeup and costume) were likely desirable. 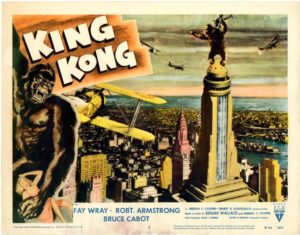 The genre was expanded with the first werewolf, mummy and zombie flicks. In 1933, the landmark of special effects, “King Kong”, was released breaking into the fertile new fear horizon of giant animals. Notable also, is the move away from fear. Between 1935 and 1941, there were no notable horror themed movies. In the depths of the Great Depression and with conflict already brewing in Europe, more realistic and optimistic movie themes were desirable. 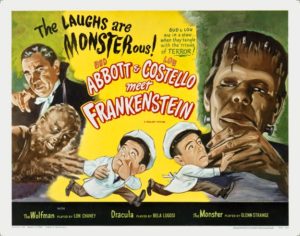 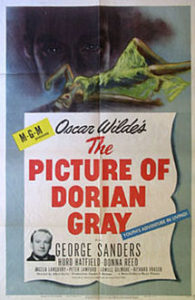 In the early post war years, when dealing with the aftermath of actual horror, the genre went through some shaky times with desperate attempts such as multi-monster movies such as “Frankenstein Meets the Wolf Man” and the attempt to blend comedy and horror, “Abbott and Costello Meet Frankenstein”. Later in the decade, potentially in a period of reflection, more intellectually challenging material like the 1945 “Picture of Dorian Gray”, began to surface. 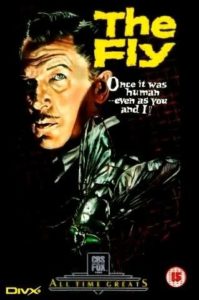 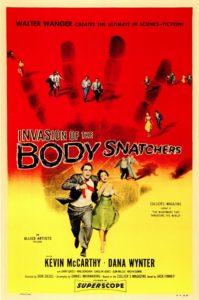 Rather than avoiding the scary reality, the 1950’s used them as creative fodder. Cold war fear of invasion ( “Invasion of the Body Snatchers,” “The Thing from Another World,” “The Blob”), nuclear proliferation brought fears of rampaging mutants ( “Them!,”  “The Beast From 20,000 Fathoms,” “Godzilla”), and scientific breakthroughs led to mad scientist plots (“The Fly”). 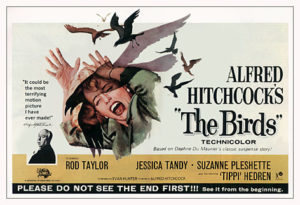 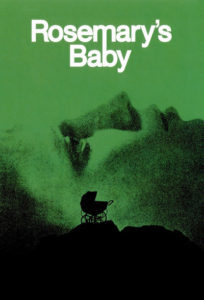 While the 50s reflected specific fears, horror films of the 1960s were swayed by the overarching themes of the social revolution: controversy, graphic violence and sexuality. It is the era of Alfred Hitchcock and the beginning of a fascination with with satanist themes: “Rosemary’s Baby”. 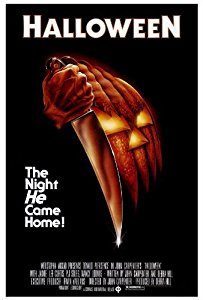 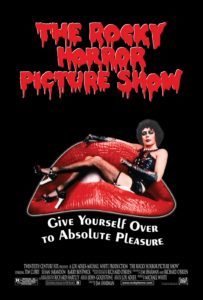 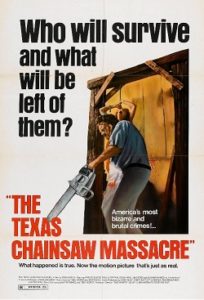 Graphic violence and sex continued to push the edge of convention through the 70’s. Much like design of the era (purple shag carpet?), there were also some quirky anomalies unlike anything before or since: “Rocky Horror Picture Show”, “Stepford Wives” and the birth of some well-loved serials: “Jaws”, “Texas Chainsaw Massacre”, “Halloween”. 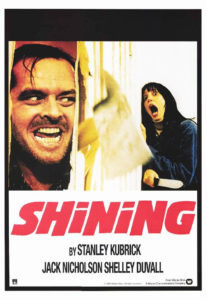 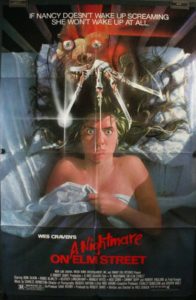 The slasher theme serials continued with the advent of “Nightmare on Elm Street” and “Friday the 13th”. In the era of super models, Stephen King was the super of the horror genre, generating a slew of classic based on his books such as “The Shining”. Much like 80s music, horror films took a turn towards the lighter side with comic/horror mashups like “The Return of the Living Dead”. 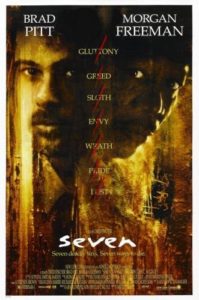 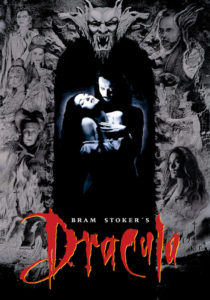 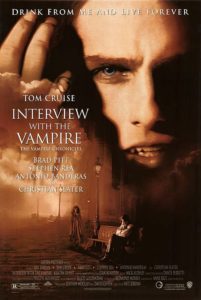 The affluence of this decade leaked onto the horror screen with heavily funded films such as “Bram Stroker’s Dracula” and ‘Interview with a vampire”. As high tech bubbled, films like “Blade” took fear into high tech future scape. And in contrast to the brave new world of the internet, films like “Se7en” took a dark turn towards realism and were known for their elaborate, hand drawn end cards and propping. 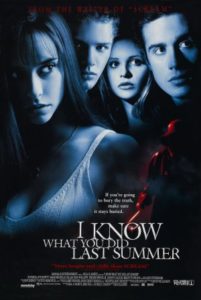 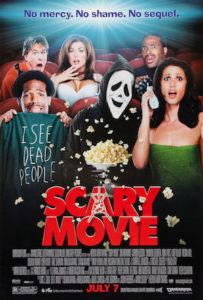 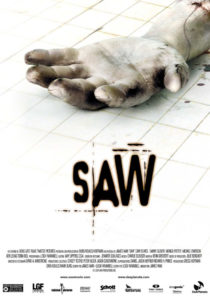 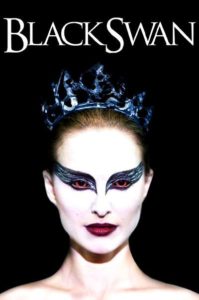 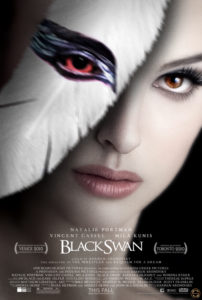 Up to now the 20teens haven’t offered a lot of new themes save, “Black Swan”- maybe the product of the relentless lens of the selfie camera young people are subjecting themselves to?

After this November, however, I can think of plenty of fear-based themes drawn from reality: Manchurian Candidates who are being controlled by outside governments, megalomaniacs and their evil cronies who overthrow the nation with their force of robotic beauty pageant killers, the discovery that our health care system has slowly been replaced with flesh eating zombies who report to a panel of men in blue suits, Neo-nazi sadists holding a quaint college town hostage while a horrified public watches on social media. Don’t get me started on post-apocalyptic eco-themes.

I don’t know that there are many solutions from 130 years of horror film analysis that will help our current predicament besides daily doing two things. The first, like I would do when watching an especially scary flick, hold your loved ones close. And second, unlike my usual reaction to a violent movie scene, don’t look away.