On behalf of Halloween, and as an avid YouTube enthusiast, I’ve pulled four current YouTube trends that have left me SHOOK. 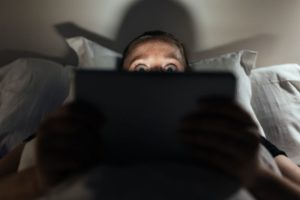 What is a mukbang video?

A mukbang is when a creator eats large amounts of foods while interacting with their audience. I’m not sure why someone would watch a 20-40 minute video of someone eating half the menu at McDonalds, but I do understand that for many it may be more than just watching someone eat. Many creators answer questions from fans or bring in a guest to help them eat the large amounts of food. This trend isn’t limited to anyone! Gamers, beauty gurus and vloggers are all jumping in on it.

What is a ASMR video?

Autonomous sensory meridian response a.k.a. ASMR is my favorite new trend on YouTube. Whispering, tapping and scratching videos are oddly soothing. It’s hard to explain, so you just have to watch it for yourself. I understand if this isn’t for everyone. You either love it or hate it.

The Shane Dawson has been on YouTube since 2005. His channel has definitely seen many evolutions, but his recent video style has changed the YouTube game. Shane’s documentaries has given a voice to creators like Jeffree Star, Kathy Griffin, and Tana Mongeau after being blacklisted by many fans. His latest series on Jake Paul, got him over 50 million views. The entire YouTube community was watching! This has now inspired many other creators to create videos like his. The long format video and spooky background music is increasing everyone’s watch time, which youtube rewards!

Real or fake, anyone can be a YouTube star! These virtual YouTubers follow the perfect formula and creating a name for themselves. YouStars like Kizuna Ai and Barbie are creating videos just like human vloggers do.